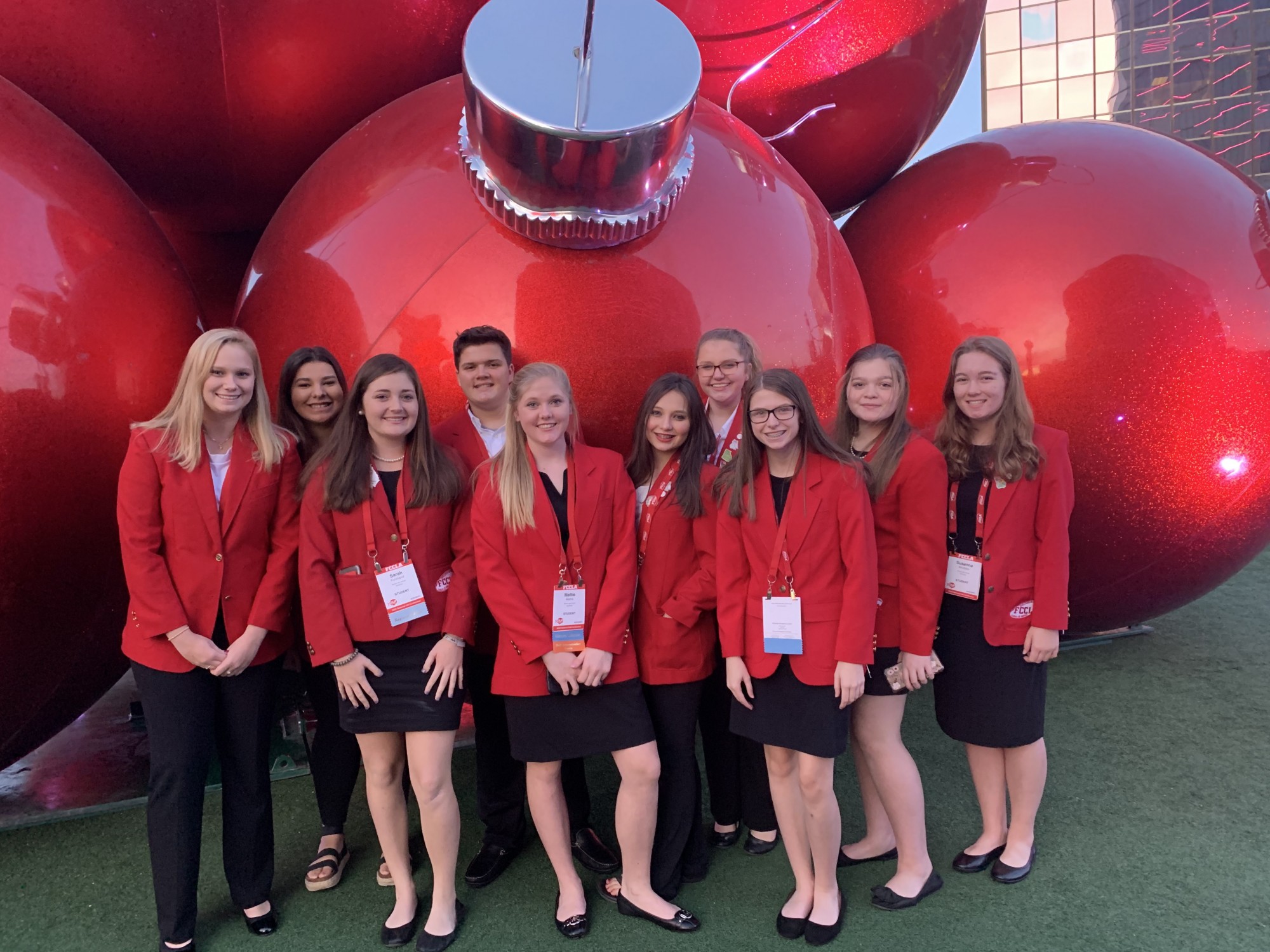 
By attending NFC, FCCLA members ventured to a new city and experienced a new culture which empowered students to return to their families, careers, and communities, with new skills and experiences that will help students excel in college and careers. A highlight of the 2019 NFC was the Socks for the Sole community service project. FCCLA members and advisers in attendance were encouraged to donate new socks which were collected and donated to The Stewpot to benefit the Dallas, TX community’s homeless population.
“FCCLA successfully prepares today’s students for tomorrow’s careers,” said Sandy Spavone, Executive Director of FCCLA. “Through competing in Competitive Events, participating in leadership training to teach employability skills, and attending leadership conferences, FCCLA members develop the skills needed to thrive in the 21st Century.”


Not only did members of Berrien High FCCLA attend sessions in order to learn from and network with members from across the country, but members Mattie Mae Mathis and Susanna Whidden also developed leadership skills through competitions. Mattie Mae competed in FCCLA Creed Speaking and Interpretation, where she placed 6th in the nation. In this Skill Demonstration event, members were asked to repeat FCCLA’s creed and then answer questions posed by judges about its meaning to them. Susanna finished 4th overall in the nation in her event, Speak Out for FCCLA. In this event, competitors designed their own initiatives to promote FCCLA in their communities. Competitors then presented and were asked questions about their project by a panel of judges. Adviser Leigh Johnson could not hold back the pride for her students, “We were ecstatic to have two competitors both finish top ten in the nation! Not only was it BHS FCCLA’s first time competing in these events, but it was each of these member’s first time competing with FCCLA.”
FCCLA’s 2019-2020 annual theme, “Your Story,” challenged members to share their personal leadership story throughout NFC and learn from one another. FCCLA will be hosting its annual national conference in Washington, D.C., July 5-9, 2020, where more than 9,000 members, advisers, and supporters are expected to be in attendance as FCCLA celebrates its 75th anniversary.