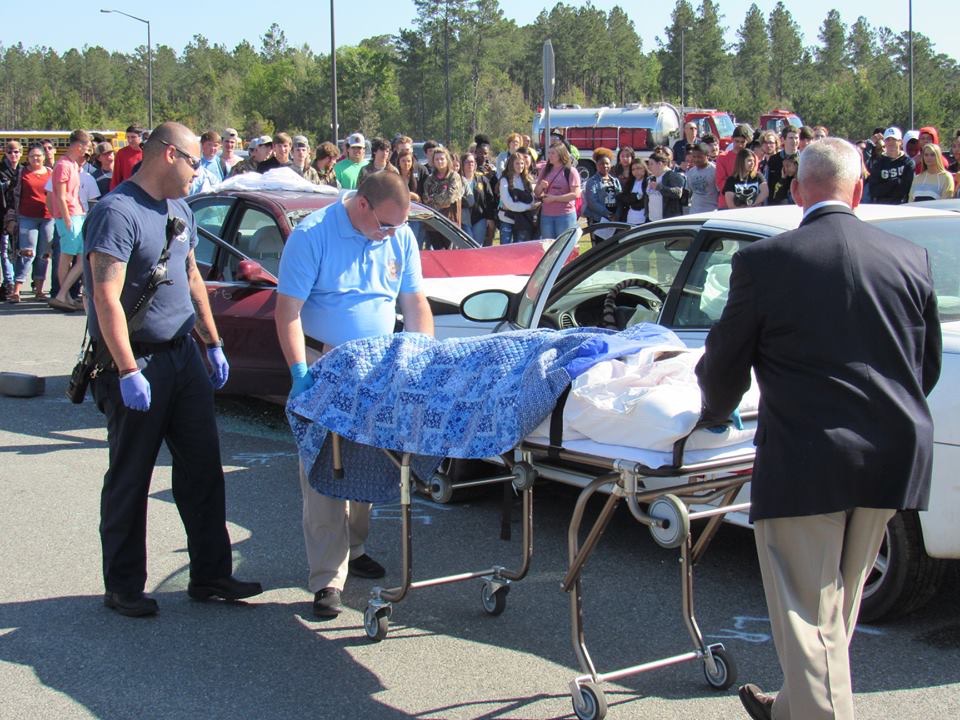 Drinking and driving is a terrible epidemic that affects millions of people every day. This terrible habit often starts when people are still in high school, so it is very important that schools educate their students on the reality of what drinking and driving can do. According to the CDC, high school students drink and drive approximately 2.4 million times each month. Long County High School’s FCCLA is aware of this problem and wanted to do something to help. FCCLA acted through their national program FACTS (Families Acting for Community Traffic Safety) to educate Long County’s student body about why they shouldn’t drink and drive. Prom Promise is an event held the day before prom in which the theater program partners with the police and fire department to reenact a drunk driving accident. On Friday, March 29, 2019, Long County High School’s Juniors and Seniors were taken outside to see the fake car crash. Two cars were taken from the junkyard, and theater students who had special effects makeup on were put inside the cars. One of the students portrayed a deceased victim, one was extremely injured so he could not get out of the car, three students were injured but could get out of the car to act out the scene, and two other students drove up as witnesses to the accident. The students had to call 911, and then the emergency services arrived and treated the situation as if it was a real accident. The situation appeared very realistic because it was supposed to show students why they should not drink and drive. After the scene, students went back inside. However, the days events were not over. After lunch, the students went into the gymnasium to listen to a guest speaker. The guest speaker was a man who went to prison for drinking and driving. The car accident that he caused resulted in the death of somebody, and he spoke about how the traumatic incident affected him. Hopefully these events helped educate students and change their mindset.